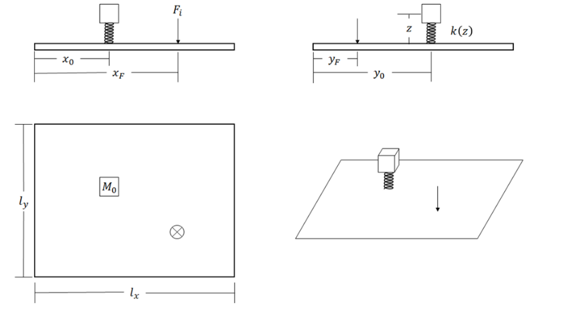 The Army Research Office (ARO) has sponsored a project lead by Duke University to extend AMA to govern nonlinear problems and systems involving coupled continuous systems. Overcoming these hurdles is an important milestone on the road to validating AMA for an arbitrary problem.

A simple, prototypical case is first considered: the forced vibration of a discrete nonlinear spring-mass system on a thin, flat plate undergoing banded random excitation. The behavior of this system has immediate applications in PCB element failure in military vehicles as well as civil structure design.

Eventually, AMA may become a best-practice first pass at estimating the response of a system to high-frequency excitation, where the number of excited modes in the excitation bandwidth is large. Not only does this apply to structures and extreme-condition vehicles, but also to next-generation renewable energy technology.